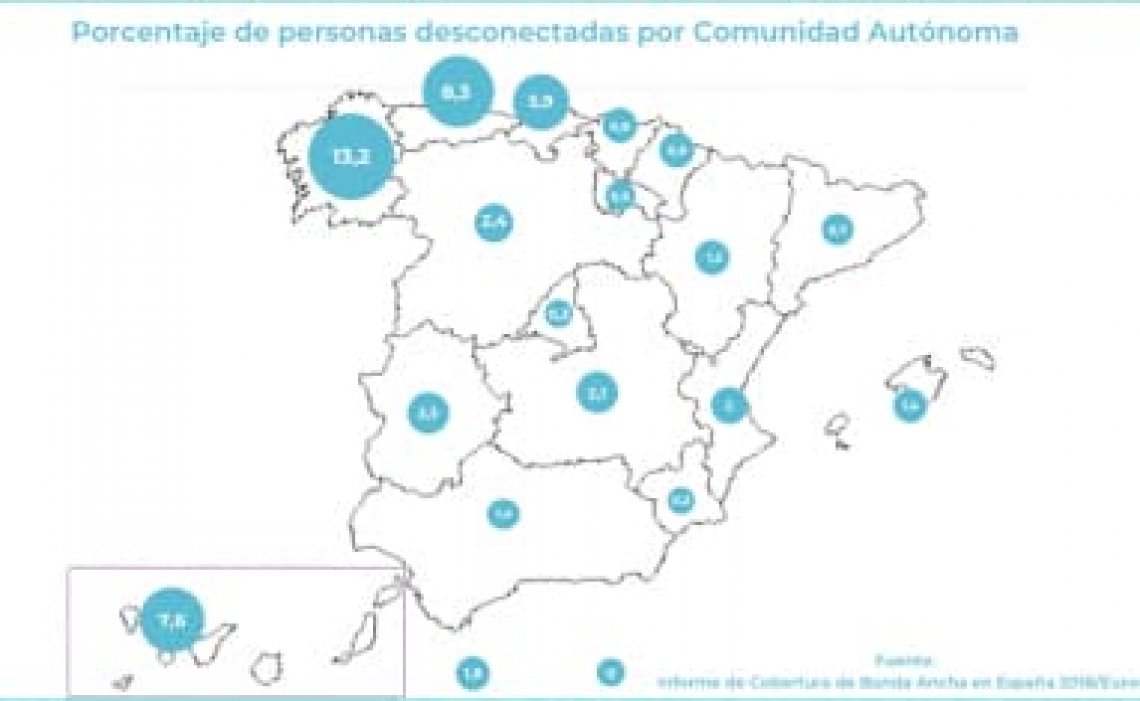 The 7% of the population, over 3.2 million people, suffer from poor Internet connection with speeds below 10 Mbps. A problem that continues to affect areas such as Castilla y León, where 2.4% of the population -more than 58,000 people- can barely access a speed of 2 Mbps, according to data from Eurona based on the Broadband Coverage Report 2018 on the occasion of the day of debate on depopulation chaired today by Vice President Teresa Ribera in Zamora.

Taking into account that only in the province of Zamora this figure is higher than 6,000 people, located in rural, depopulated or difficult orography areas, Eurona puts in value the satellite technology as an immediate way to face the demographic challenge.

The lack of resources and basic services such as those offered by the Internet often forces rural inhabitants to move to the cities in search of new opportunities, slowing down the birth rate and aggravating the ageing process in the municipalities.

Therefore, in line with the objectives of the European digital agenda and the government agreements between PSOE and UN Podemos and PSOE and Teruel Existe, it is essential to guarantee Internet access in rural areas with at least a minimum speed of 30 Mbps.

The existing solution to guarantee the welfare state in rural areas

Thus, in line with Prime Minister Pedro Sánchez's objective of consolidating the welfare state in rural areas and extending public services regardless of the size, dispersion or degree of ageing of the population, the satellite makes it possible to connect to the Internet anywhere, thus reducing inequalities between urban and rural areas.

Likewise, it contributes to the empowerment of vulnerable groups such as women and young people by offering them new opportunities for entrepreneurship, distance learning or even teleworking without the need to leave their municipalities of residence, thus curbing depopulation.

Likewise, satellite technology promotes the digitalization of the agro-food sector -the main activity in the villages-, favoring the efficient and sustainable management of resources, optimizing agricultural and livestock tasks.

According to Fernando Ojeda, Managing Director of Eurona, "there is no doubt about it. High-speed Internet, and satellite technology as a vehicle to take it anywhere, are configured as a key solution to stimulate the economic recovery of the most depressed areas and as a way to boost the national strategy against the demographic challenge as proposed this Wednesday by the vice-president Teresa Ribera".