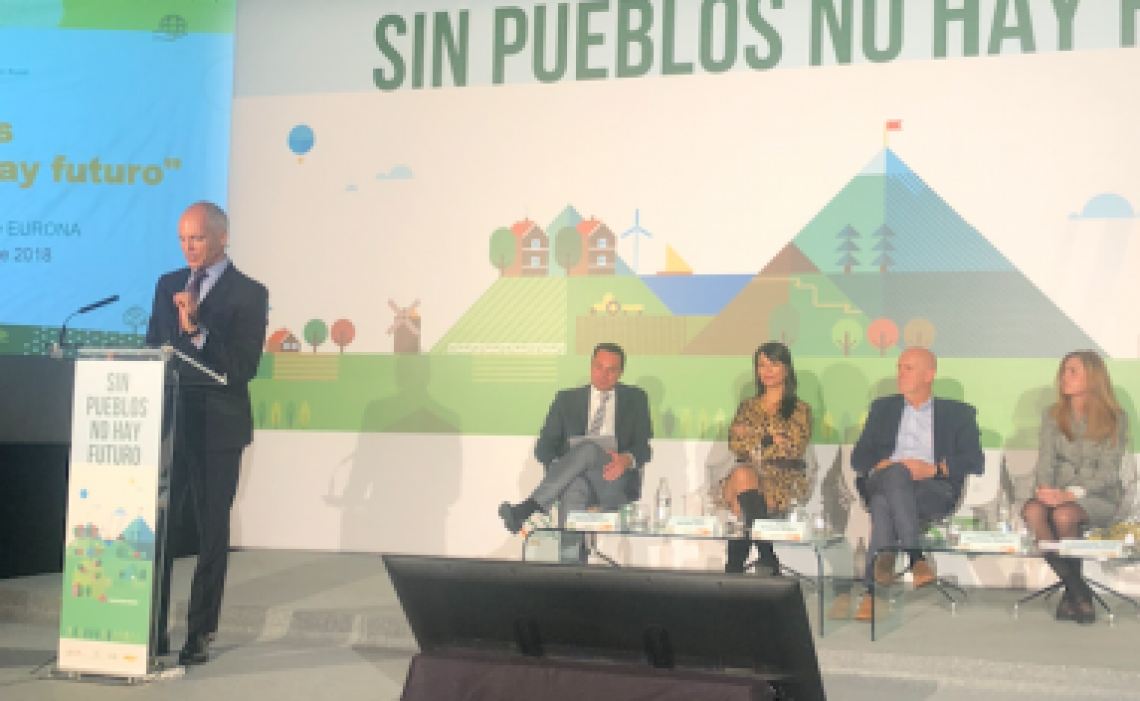 Madrid, 15 November, 2018. Eurona, the Spanish telecommunications multinational, remains firm in its commitment to guarantee the right of all human beings to be connected wherever they are, even more so considering that in Spain, still close to a 10% of the population does not have Internet access or their connection is slow and limited, a problem that is accentuated in rural areas, depopulated or difficult terrain.

Thus, championing the idea that today broadband is not a luxury but a necessity both in urban areas and in rural areas, the CEO of Eurona, Fernando Ojeda, has participated this week in two days, one in Madrid and another in Seville, both of international character in defense of these values ​​and against the digital divide that still isolates and slows the economic and social development of many Spanish municipalities.
Precisely this Wednesday, Ojeda took part in Feeding The World 2018, an international forum that was attended by the Minister of Agriculture, Fisheries and Food, Luis Planas, and this year has focused on the role of innovation as a lever of motivation and maintenance of young people in the field.

The satellite, a viable and immediate technology

In this meeting, the CEO of Eurona participated in the round table on 'The role of innovation and technology in the maintenance of rural population' and there addressed, among other issues, the The company's commitment to comply with the objectives of the Digital Agenda 2020 and to guarantee rural centers a connection at a speed of 30 Mbps. In addition, he emphasized the benefits of the satellite, a viable, immediate technology that does not require large infraestrucutras to connect the Internet to these areas.
Also, this Thursday Fernando Ojeda shared a table with Isabel Bombal, Director General of Rural Development, Innovation and Forestry Policy of the Ministry of Agriculture, Fisheries and Food, among others, in the day 'Without villages there is no future', a space for reflection and debate on the economic and social possibilities of investing in rural areas.

Internet, a real life and business alternative
In this meeting, the CEO stressed the importance of a solution such as the satellite broadband Internet proposed by Eurona, since it offers these municipalities a real alternative to business life and also becomes an ally against the worrying rural depopulation, in a context where the Internet has become a commodity.
According to Ojeda, "nothing makes sense without Internet. For this reason, satellite technology offers the same connection opportunities as urban environments and not only for private individuals for their leisure time or telework, without going any further, but also to local companies, which have lagged behind due to not having of an efficient connection "
In this regard, he added that "connectivity directly influences the economic fabric by multiplying the possibilities of existing companies and even favor the creation of new ones that arise in the heat of these new technologies, such as stores and exclusively online businesses."