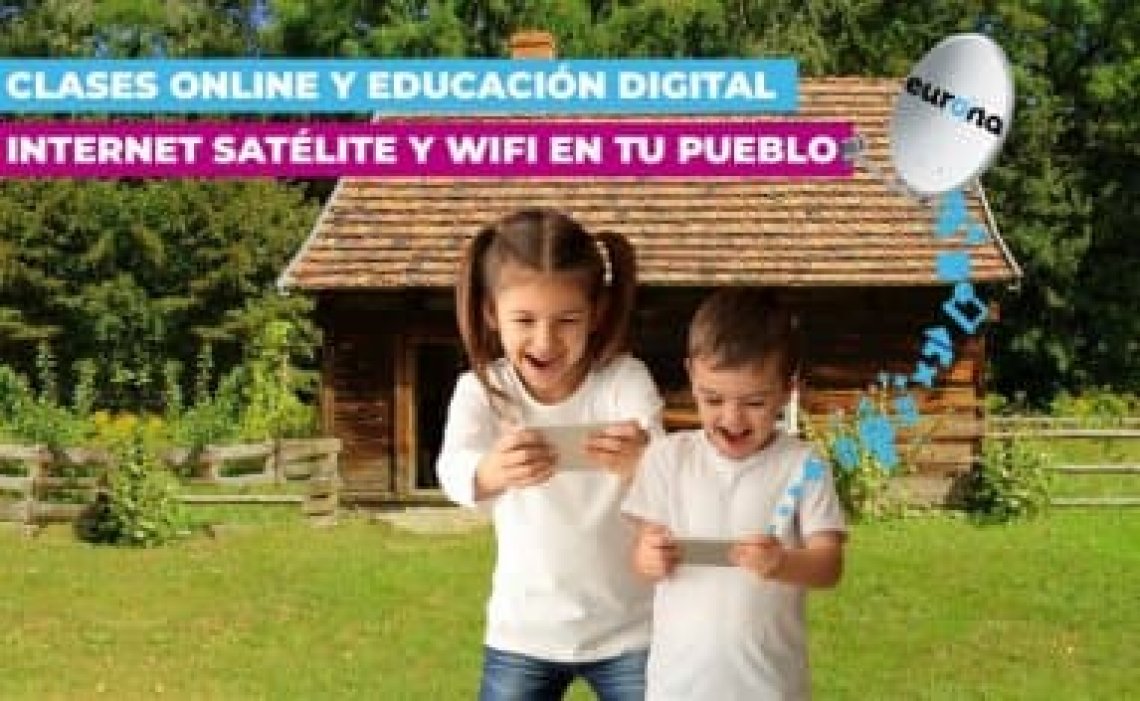 Internet traffic has tripled in connected rural households, with e-mail, meeting platforms, social networks and entertainment platforms being the most widely used services

According to Ministry of Education data collected by Eurona, the nearly 73,000 pre-school and primary school students in the rural areas are at the centre of the digital divide on World Internet Day.

At a time when the Internet has become, more than ever, a basic necessity for ensuring distance education or teleworking, students in rural areas often have to live with the lack of telecommunications infrastructure.

In fact, more than 3.5 million people - around 7% of the population - cannot access a quality Internet connection, especially in rural, unpopulated or difficult terrain areas, which is why students in these areas face serious difficulties in continuing their education online.

Faced with this situation, and in line with its philosophy of taking the Internet anywhere as an operator with the greatest positive impact on rural society, the telecommunications company Eurona is developing very concrete actions to reduce this digital divide, ensure digital inclusion and that all children have the same opportunities to finish the school year, wherever they live.

In this way, thanks to ubiquitous and flexible technologies such as satellite or 4G, these students will not only be able to access online education but also enjoy moments of entertainment through a quality Internet connection.

It is precisely the state of alarm that has accelerated the implementation of satellite technology in rural areas in recent weeks as a viable and immediate solution to ensure teleworking, education, distance consultation or entertainment.

Thus, Internet traffic has tripled in connected homes in these areas, with e-mail, meeting platforms, social networks and entertainment platforms being the most widely used services.

In fact, videoconferencing applications such as Skype or Zoom and e-mail services have increased their bandwidth tenfold, while Whatsapp has been the main connection for rural inhabitants, with a sevenfold increase in its use.