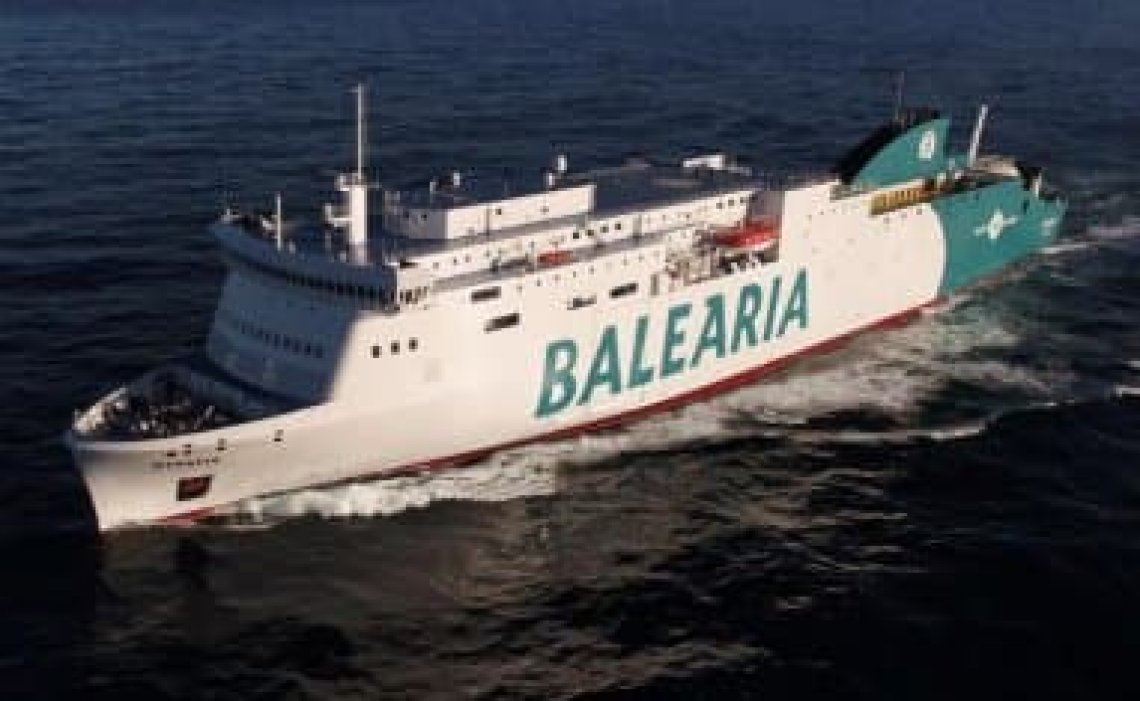 Among them, the recently inaugurated Smart ship 'Hypatia de Alejandría', with which Eurona seeks to transform the user experiences

The relationship between Eurona and the shipping company Baleària dates back to 2017, when Eurona entered into the maritime sector to provide Internet via satellite to passenger ferries, merchant ships, yachts and fishing vessels.

Madrid, 25th of February, 2019. Eurona, the Spanish telecommunications multinational, continues reinforcing its position as a high connectivity operator on board and already offers connection in twenty ships from Baleària (13 of them with satellite and 4G technologies, and the other 7 just with 4G technology). Among them, the recently inaugurated 'Hypatia de Alejandría', the first 'smart ship' powered by gas which sails across the Mediterranean.

Precisely, this strategy is part of Eurona's 2018-2020 business plan whose objective is to promote the company's expansion in the maritime sector, a niche in which Eurona already connects by satellite technology to passenger ferries, merchant ships, yachts, fishing vessels and even vessels that carry out maritime rescue work across the Mediterranean.

In this context, the relationship between Eurona and the shipping company Baleària dates back to early 2017, when the 'telecom' connected the first vessels. From then, until now, it has connected more than twenty ships. In the last one, 'Hypatia de Alejandría', Eurona has expanded its value proposition with its Wi-Fi connectivity service, offering TV contents in staterooms and common areas, as well as other features that contribute to the digital transformation of the user experience with services such as the digital key for the cabins and entertainment on board. In addition, it is expected that Eurona this 2019 will also provide connection to the smart ship Marie Curie, a twin ship of the 'Hypatia of Alexandria', which Baleària is already finalizing.

Eurona's high connectivity services are adapted according to the route and the specific needs of each vessel to ensure the optimum speed and efficient use of them. Thus, Eurona's satellite capacity covers all of Europe and Africa territories, so all vessels have a guaranteed connection in their different offshore routes. In addition, 4G technology complements the connection when the ship is in port, as there is no mobile coverage on the high sea.

In addition, to avoid possible incidents and ensure greater availability and quality, the company has two symmetrical systems always running at the same time, which is technically known as VSAT double capacity. That is, if any problem occurs in one of the systems, the service is assumed immediately by the other, so the correct service performance never deteriorates.

According to Fernando Ojeda, CEO of Eurona, "this alliance with Baleària is part of our company's goal of bringing the Internet to the most remote places with optimum speed and quality, also in line with the master lines of our business plan. All this and with the appropriate technologies to guarantee the connection by land, sea and air ".

Eurona Wireless Telecom (EWT), is a Spanish multinational telecommunications company that offers broadband access services, new generation, and carries high-speed Internet where others do not, using wireless and satellite technologies. The multinational, which is listed on the Alternative Stock Market (MAB) since 2010, has a presence in more than 20 countries and has more than 40,000 customers. More information: www.eurona.com.

Baleària, which operates in 5 countries, is the leading shipping company in the transport of passengers, vehicles and merchandise in connections with the Balearic Islands, besides being the only one that has inter-island routes in the four islands of the archipelago. The shipping company also operates in the autonomous cities of Ceuta and Melilla and since last year links Huelva with the Canary Islands. In the international field, it offers services in Morocco, Algeria and also between the United States and The Bahamas. The shipping company is a pioneer in the use of natural gas and has a fleet plan that includes the construction of smart ships and the ships remotorization so they can navigate with this fuel that reduces atmospheric emissions.

Baleària is defined as a citizen and responsible company, which has assumed the Sustainable Development Goals of the United Nations as the roadmap that guides its activity in the areas of economic, social and environmental sustainability.