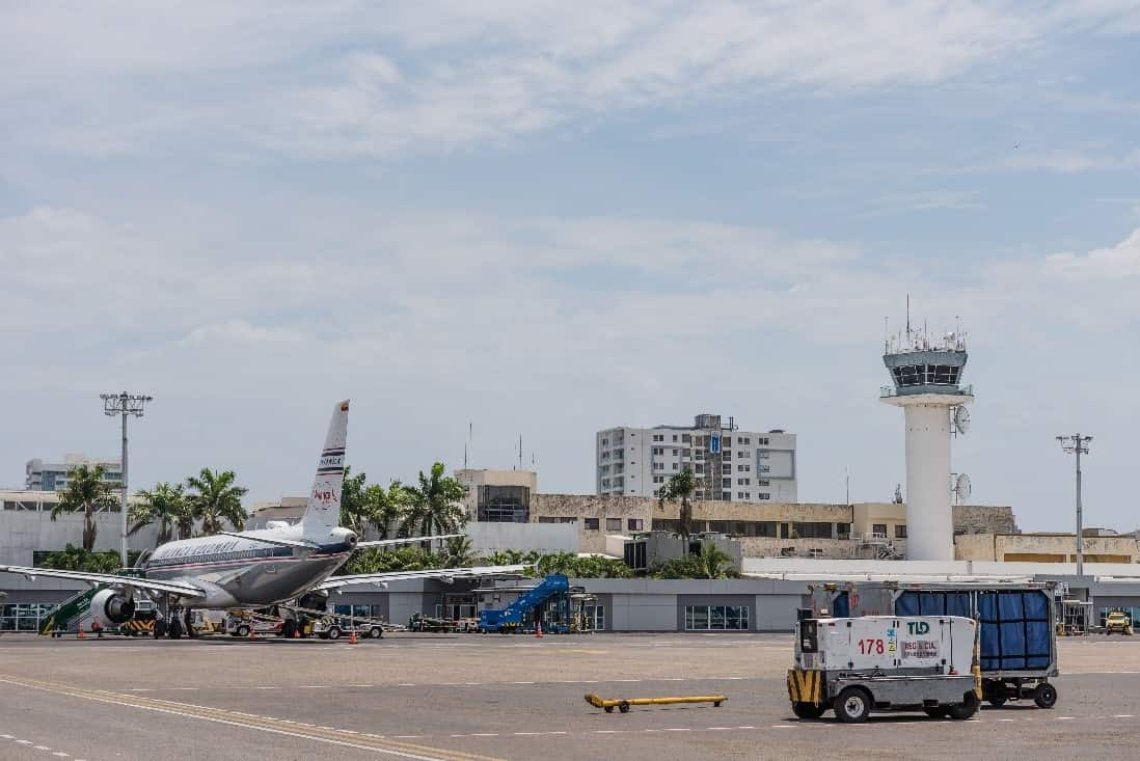 Eurona strengthens its position as a global operator in the tourism sector, where it also offers connections to cruise ships, accommodation and leading hotels

Eurona, the company expert in connectivity services and solutions, has signed a new contract for the operation, administration and management of the wifi network at Rafael Núñez airport in Cartagena de Indias, the third airport operated by the company in Colombia and the fifth in the Latin American region.

Eurona has reached an agreement with Sociedad Aeroportuaria de la Costa (SACSA) to offer an Internet service in all areas of the airport, from the moment passengers arrive until they board the plane.

In this way, the management of public Wi-Fi at Cartagena de Indias airport, which is one of the busiest airports in Colombia due to the large influx of tourists, is added to what Eurona already does at El Dorado -the main Colombian airport and the third most important in Latin America, with an average of 36 million passengers per year before the pandemic-, and at Matecaña airport, located in the city of Pereira, whose contract was closed just a few months ago.

The multinational also connects passengers at Tocumen airport in Panama, considered the 'hub of the Americas', linking its 16.5 million annual passengers with 89 destinations in 34 countries in the Americas and Europe. And it does the same for travellers at Punta Cana International Airport, to whom it offers wireless internet access for the collective use of its passengers, through Eurona's Hotspot-Wifi technology.

Strengthens its position as an operator in the tourism sector

With this new contract in the Latin American region, the company strengthens its position as a global operator in the tourism sector, where it also connects shipping companies and all types of hotels and shopping centres.

In the hotel sector, the company already has solid experience and in-depth knowledge connecting thousands of rooms and high-level resorts in Spain and Latin America.

To this sector, in addition to providing a quality Internet connection tailored to the needs of its guests, the company also offers a suite of solutions to transform their digital experience such as Interactive Digital TV, with a personalised home screen whose channels are adapted to the nationality of the guests, kiosks for direct check-in or even an innovative remote medical care system for the room or cabin.

According to Fernando Ojeda, CEO of Eurona, "the connection of this new airport places us as a reference operator not only in Colombia but also in Latin America, where we already connect five airports, resorts and hotel chains, offering a state-of-the-art Internet service adapted to the needs of a 24/7 connected tourist".

"The connection is as important for the traveller as the comfort on board, for this reason, it is very important for SACSA to offer passengers an excellent experience inside the airport. Having a quality wifi signal is one of the benefits that our terminal needs to provide to passengers who live connected 24/7 and we are sure that this alliance will strengthen our services as one of the most important air terminals in Colombia and the Caribbean," says María Claudia Gedeón, Corporate Affairs Manager of Sociedad Aeroportuaria de la Costa, SACSA, operator and administrator of the Rafael Núñez International Airport in Cartagena.

About the Rafael Núñez International Airport of Cartagena

Rafael Núñez is currently ranked fourth in Colombia in terms of passenger movements and boasts the best connectivity in the Caribbean Region, thanks to its connection with 7 domestic destinations: Bogotá, Medellín, Cali, Pereira, Bucaramanga, Cúcuta and San Andrés, and its direct connection with 7 international destinations: Newark, Fort Lauderdale, Miami, Orlando, New York, Panama City and Amsterdam. Additionally, it operates the commercial route for the December 2021 - April 2022 season to Montreal and Toronto.  For more information: www.aeropuertocartagena.com.co

Sociedad Aeroportuaria de la Costa S.A. SACSA is a Colombian company, concessionaire of the Rafael Núñez International Airport of Cartagena de Indias, since 26 September 1996. Throughout 25 years, SACSA has worked for the connectivity and competitiveness of Cartagena, contributing to the positioning and strengthening of the city as an international tourist destination. SACSA received the concession to manage and operate the Rafael Núñez International Airport, with an average of 900,000 passengers per year. Today Cartagena has a modern terminal with the capacity to receive up to 5.5 million passengers per year and to carry out 20 operations per hour.

Global Satellite Technologies is the subsidiary of the Eurona group, an expert in connectivity solutions and services with more than 15 years of experience. It has a network of 150 professionals and more than 40,000 customers in Europe, Africa and Latin America to whom it provides connectivity with global reach, whether in remote areas, public spaces, urban areas, land or sea. It is currently backed by its main shareholder, the US fund Magnetar Capital, and is one of the top ten telecommunications operators in Spain with a turnover of more than 30 million euros. For more information: www.eurona.es