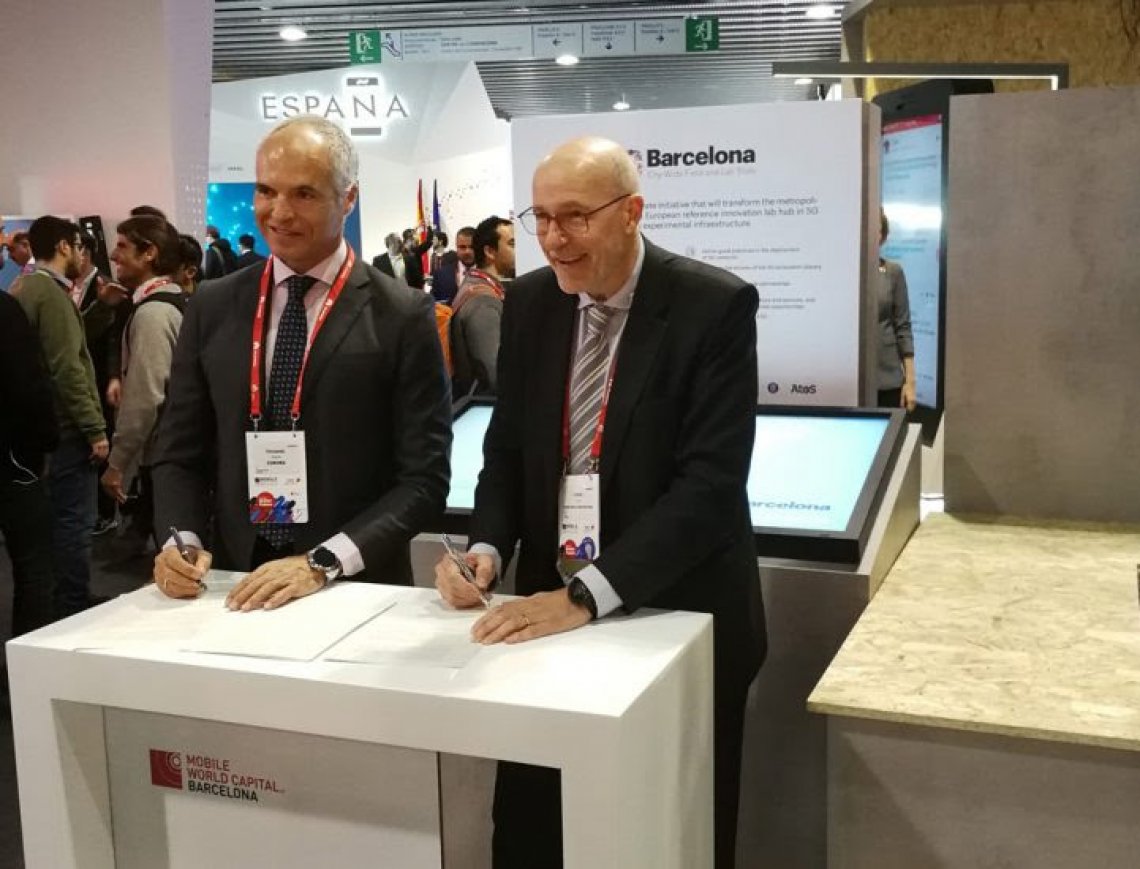 Eurona, the Spanish multinational telecommunications company, and the non-profit Foundation 'Mobile World Capital Barcelona' signed a Memorandum of Understanding on Tuesday to promote the development of 5G in Barcelona on the occasion of the Mobile World Congress, the technology fair most important mobile phone in the world.

The objective of this agreement is to turn Barcelona into the first European hub of digital innovation in the field of the fifth generation of mobile telephony technologies. And Eurona part of a privileged position for the development of this technology thanks to its licensed band of 3.5 GHz, which will be the basis for the future of the 'smart city' or the IoT of massive character.

This agreement reinforces the commitment of the telecommunications operator to guarantee ubiquitous coverage (everywhere) and a high-performance connection in smart cities such as Barcelona, ​​which are no longer understood without the development of the 5G that will connect a multitude of objects with the In order to make life easier for the inhabitants of these increasingly populated cities. In addition, it is not the first time that Eurona bets on Barcelona, ​​since, together with Abertis, it offers high-speed Internet via Wi-Fi throughout the city.

In addition, this alliance that promotes the development of 5G follows the line marked by the Government last Friday, when it approved some 20 million euros of aid for 5G pilot tests, with the aim of supporting the deployments of the first networks, experimenting with network management technologies and develop use cases.

For Fernando Ojeda, Eurona CEO, "cooperation, the union of forces and the support of the Government are fundamental for the implementation of this 5G technology that will come to change our lives in the near future. Eurona is already moving in this direction and is working on some interesting pilots as laboratories to develop and test the capabilities of future 5G networks. "