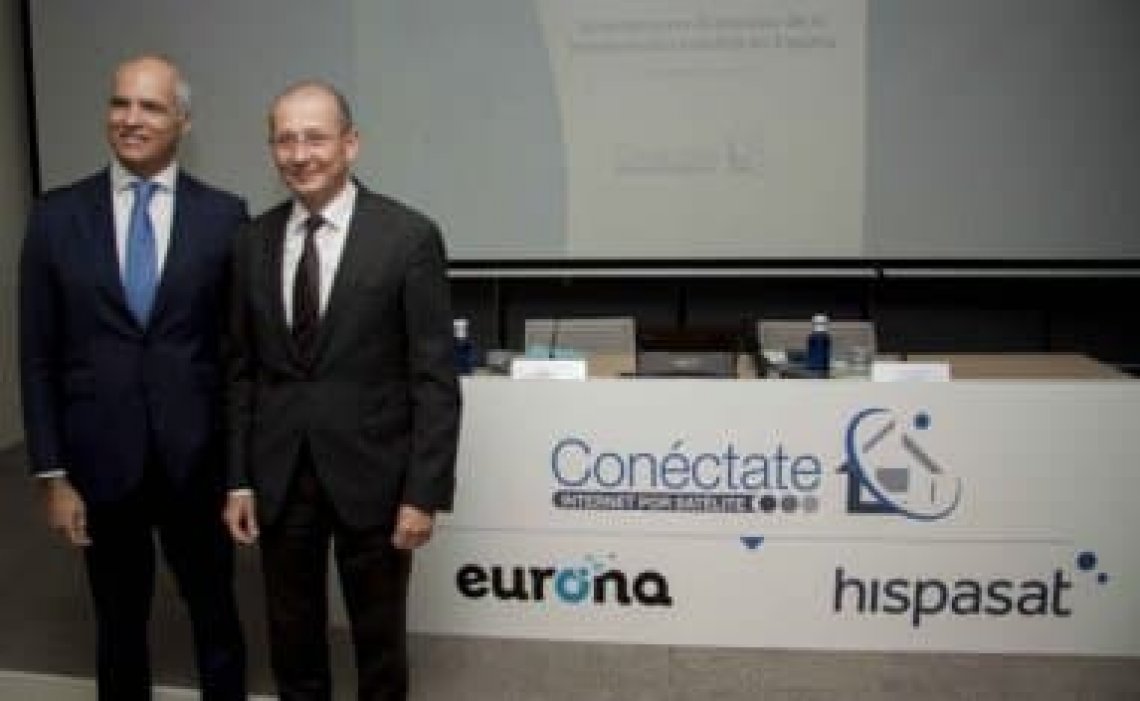 Madrid, February 8, 2018. Eurona and Hispasat have strengthened their alliance to contribute to the reduction of the digital divide in Spain through the use of satellite broadband connectivity.

At a press conference, the CEOs of both companies, Carlos Espinós and Fernando Ojeda, announced an agreement to commercialize the Ka band capacity of the Hispasat 36W-1 and Hispasat 30W-6 satellites, with the aim of reducing digital divide in areas badly served by terrestrial telecommunication networks.

By virtue of this agreement, Eurona becomes the operator with the highest satellite capacity in Europe, which will be key to democratizing Internet access. And, despite the fact that Spain leads the deployment of fiber optic in Europe and broadband coverage is widespread, there are still populations depopulated or difficult terrain, which lack access to the Internet or have it at very low speed.

Therefore, the agreement signed by Eurona and Hispasat aims to offer people living in these areas a technological solution via satellite, comparable in quality and price to other terrestrial technologies.

This agreement will materialize in the launch by Eurona of an offer of 30 Mbps satellite broadband services throughout Spain for a price of 39.90 euros per month that can include fixed and mobile telephony.

According to the CEO of Eurona, Fernando Ojeda, "Eurona and Hispasat have consolidated a long-term strategic alliance that, in addition, allows Eurona to boost its growth, because thanks to it both operate a capacity of more than 2.2GHz in Ka band in Spain and Morocco. With this agreement we want to change the rules of the game by democratizing Internet access and guaranteeing the right of people to be connected wherever they are ".

Aid for the end user

The Eurona and Hispasat alliance comes, also, at a moment of opportunity after Eurona has become the first authorized operator to access the Aid Program convened by the Government for the contracting of broadband Internet at 30 megabytes per second in municipalities of less than 5,000 inhabitants.

It is about 400 euros of aid, which allows citizens, self-employed workers and companies in these localities to face the costs of the installation and registration of the equipment. In addition, they contribute to fulfill the Executive's commitment to bring high-speed broadband to 100% of households by 2020, as defined by the objectives of the European Digital Agenda.