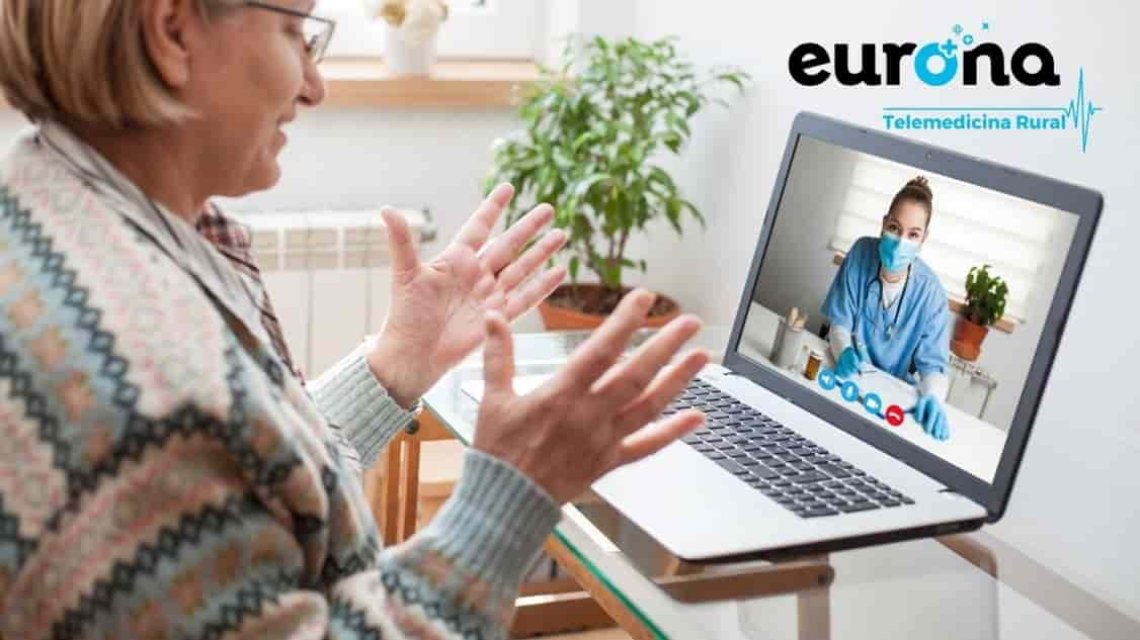 Rural residents have to travel around 23 km to access essential services such as a primary care doctor, according to data from the Bank of Spain

The company already offers 'Rural Telemedicine' free of charge to customers and new customers, allowing immediate medical attention from their own mobile phone

Eurona, the expert in connectivity services and solutions, has teamed up with the remote medical service Meeting Doctors to bring free telemedicine to Empty Spain, taking into account the scarcity of services that forces inhabitants of rural areas to travel an average of 23 kilometres for basic healthcare, according to data from the Bank of Spain.

While in urban areas only 2 kilometres are travelled to access essential services such as a primary care doctor, these distances increase in many cases to over 20 kilometres in small municipalities. This is particularly true in mainly rural regions such as Castilla La Mancha (34.3 km), Aragon (29.9 km) and Castilla y León (26.5 km).

In order to reduce these distances, and taking into account that telemedicine services have increased as a result of the pandemic and can avoid up to 70% of face-to-face consultations, Eurona will extend telemedicine to all corners of the country, regardless of their population, with its Internet via satellite technology.

In this way, it will save time in waiting and travelling while increasing the peace of mind and security of residents, who with this service will be able to access general medical care 24/7 from their own home via chat and video call, where they can send images to deepen their consultations.

The new 'Rural Telemedicine' service that Eurona is offering free of charge during 2022 to customers and new customers will allow immediate and quality medical attention from the mobile phone itself. It includes 9 medical specialities (general medicine, paediatrics, gynaecology, dermatology, cardiology...), as well as the remote issuing of electronic prescriptions for prescribed medicines, thus saving any additional paperwork.

Likewise, this online coverage offered by Meeting Doctors, which includes two adults and two children under 16, will allow Eurona to democratise this service among the inhabitants of the municipalities, as these specialists have agreements with the main insurance companies in the country, more than 100,000 monthly consultations and an average response time of 2 minutes.

The announcement by Eurona -which already offers free 'Rural Telemedicine' its entire client portfolio- responds to the objective of increasing the offer of services in rural areas through the Internet. And it comes just days after the demonstrations in Madrid to demand more opportunities in Empty Spain and after the proposal of the Minister Teresa Ribera to create a network of teleworking centres that she wants to have as first beneficiaries Soria, Teruel and Cuenca, the three most depopulated provinces.

Moreover, this is not the first time that the company gets involved in remote healthcare. Eurona already offers telemedicine services to the eastern region of Morocco - especially vulnerable due to its rural nature - through a technological platform that interconnects the health centre with a mobile unit to diagnose patients, prescribe treatments or act quickly in the event of an emergency.

According to Fernando Ojeda, CEO of Eurona, "this initiative by Eurona to extend telemedicine to rural Spain will have a great impact on the quality of life of its inhabitants and responds to our philosophy of putting effective measures on the table to tackle the problem of depopulation, in this case with Internet and satellite technology as an ally of the economic and social development of municipalities".