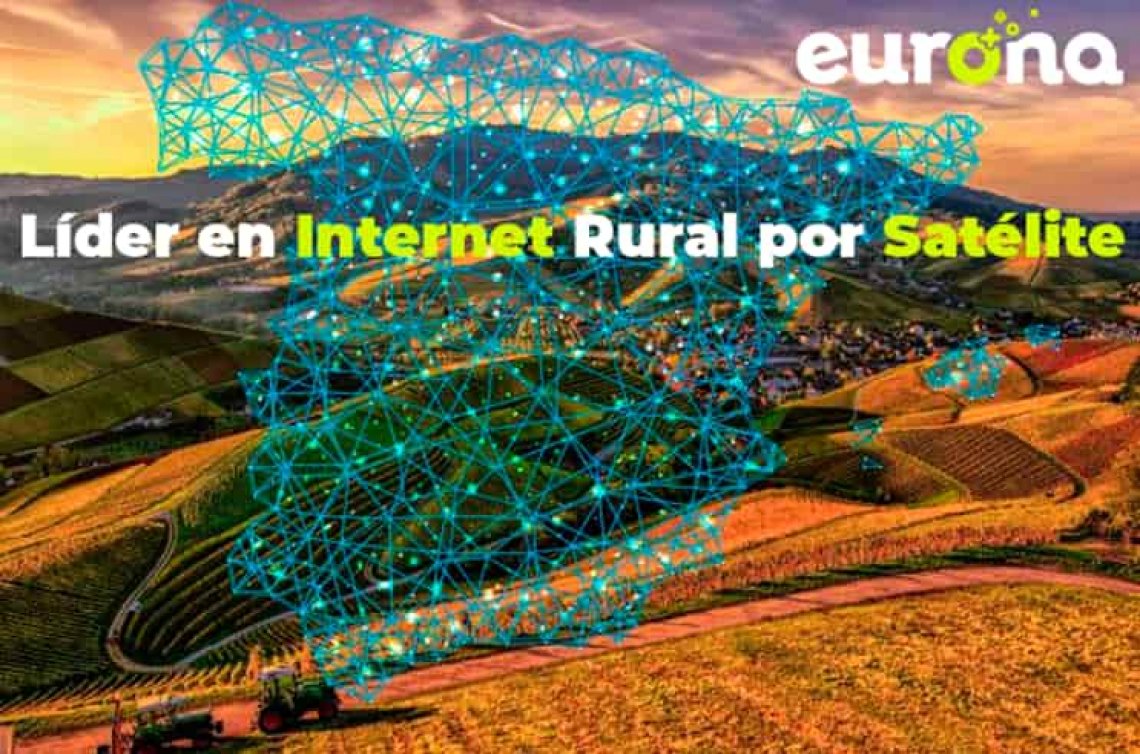 Eurona, the leading Spanish telecommunications company in bringing high-speed rural Internet services via satellite to disconnected and sparsely populated areas, has increased its satellite capacity to 100 Mbps to extend ultrafast broadband to all rural and depopulated areas that make up Empty Spain, thus anticipating the objectives of the Digital Spain 2025 agenda.

With this launch, Eurona, together with its partner Hispasat, takes a leap into the future by betting on technological innovation 'made in Spain' with the satellite, which has full coverage without major costs or infrastructure deployments. In this way, the company matches the capabilities of fibre optics, the most popular technology, which reaches the territory in an unequal manner.

The multinational thus seeks to provide an immediate response to the 15% of the population - around 7 million people - who still do not have a high-speed connection, especially in remote areas and small towns, according to the Digital Spain agenda published last July by the Ministry of Economic Affairs and Digital Transformation; a goal that the government has also set for 2025.

Therefore, Eurona, faithful to its commitment to guaranteeing a quality connection in the rural world, is firmly committed to innovation to make this 'country project' a viable reality, which seeks to promote territorial cohesion and digital transformation, as set out in the Plan for the Recovery, Transformation and Resilience of the Spanish economy, which will serve as a roadmap for the allocation of European Next Generation EU funds.

The arrival of ultrafast Internet connection via satellite to all municipalities will have a driving impact on economic activity in rural areas, which will allow, among other things, the creation of a new business fabric linked to sustainability and the digital transformation of rural businesses and the agri-food sector, generating employment, fixing the population and evolving towards a more egalitarian and fairer society.

Ultra-fast broadband will also play a crucial role in connecting basic mobility and emergency services, for which the immediacy of communications is of vital importance for the efficient exchange of information in real time.

According to Fernando Ojeda, CEO of Eurona, "without connectivity there is no digitalisation. That is why Eurona's ultra-fast satellite technology, which is already available, is essential to carry out this country project through a public-private partnership that offers immediate connection to the entire territory".