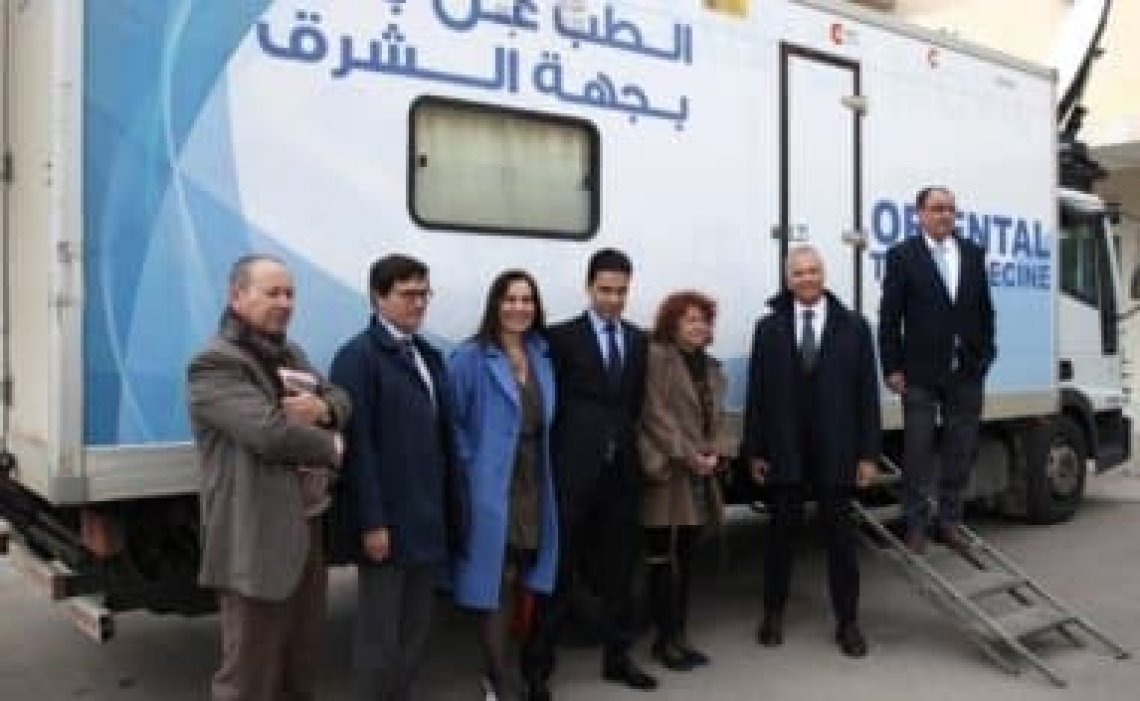 In Morocco, still close to 40% of the population does not have access to basic health, especially the inhabitants of rural and depopulated areas

Eurona is committed to progress and development in Africa, a continent in which it has also connected the Internet via satellite to almost 5,000 schools

Morocco, March 21st, 2019. Eurona, the Spanish telecommunications multinational, received on Wednesday the recognition of ICEX for the social impact of its Telemedicine project in Morocco. In the framework of the ICEXImpact + program, María Peña, the CEO of this public entity whose objective is to promote the internationalization of Spanish companies, visited the University Hospital Center of Oujda, where the delegation experienced in first person the role of video consultations that They are part of this pioneering project in digital health.

This meeting was also joined by Eurona CEO Fernando Ojeda; the Economic Counselor of Rabat, Luis Óscar Moreno, Álvaro López Barceló his counterpart in Casablanca, the Counselor and Director of Institutional Relations of Eurona, Cristina Amor and other cooperation directors.

In the recent years, although progress has been made in terms of social protection in Morocco, according to recent data of Ahmed Reda Chami, President of the Economic, Social and Environmental Council (EESC), still about 40% of the population does not has access to basic health, especially the inhabitants of rural and depopulated areas. Therefore, in order to universalize a right as basic as healthcare, and faithful to its philosophy of reaching where others do not arrive, Eurona launched in October 2018 a project of remote medical services in the Eastern region of Morocco, by satellite connection.

This Eurona telemedicine program interconnects via Satellite the University Hospital Center of Oujda with the health center of the Aïn Beni Mathar commune, located about 86 km from the Reference Hospital, and with the mobile unit that will travel through rural and other areas. critical points such as prisons. In this way, the patient's consultations in different medical specialties such as dermatology, otorhinolaryngology, cardiology, ophthalmology and pneumology, as well as ultrasound services, can be attended at a distance.

The project that is developed within a phased expansion plan, is feasible to be replicated and serve as a model, to extend from the Eastern Region of Morocco to other regions and countries of the African continent, also had the supply of equipment doctor and with the necessary training so that professionals can attend tele-consultations with the greatest of guarantees.

To make this possible, Eurona obtained the commitment and financial support of the Spanish Agency for International Cooperation for Development (AECID), the Andalusian Public Health Technology Park Foundation of Granada, the support of the Ministry of Health of Morocco and the push of the Council Regional of the Oriental.

Currently, the company is strongly committed to the progress and development in Africa, a continent in which it has also connected the Internet via satellite to almost 5,000 Moroccan schools located in rural areas of the Sahara and the Atlas Mountains, making it possible for more than half a million children who did not even dream of accessing the Internet now log in as usual. In the same way, it works to connect another 700 schools in the country and another 300 in Benin on the premise that education is the best development aid.