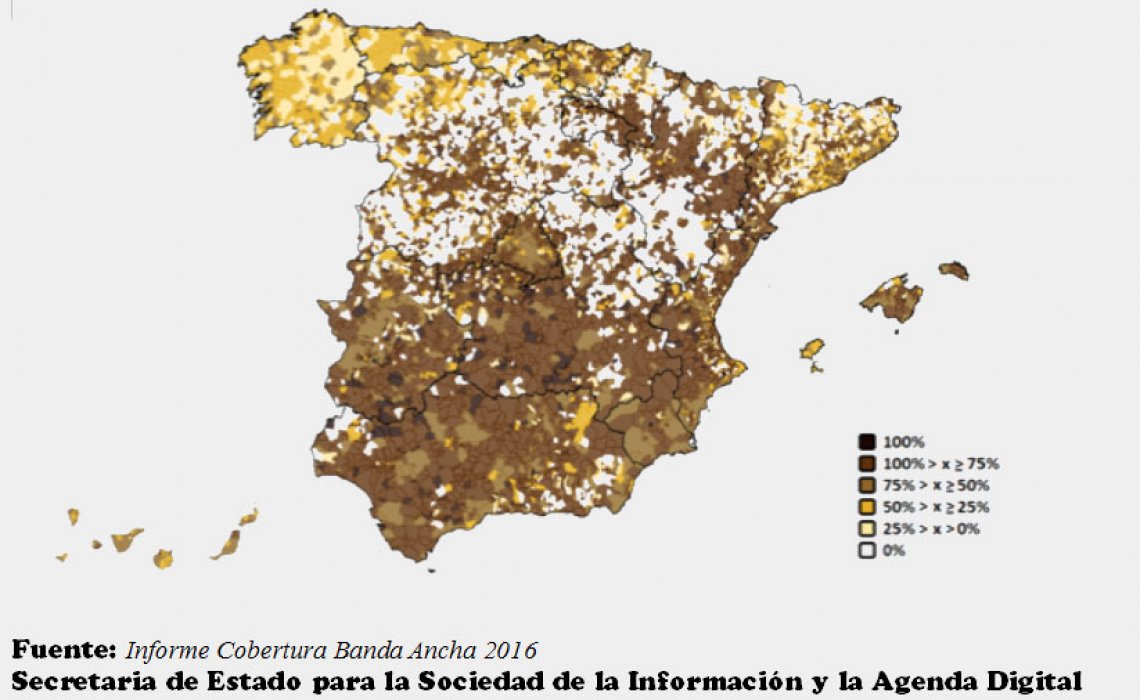 In Spain approximately 10% of the population has little or no coverage, especially in rural areas and difficult terrain
The satellite provides a real alternative of life and business in these municipalities

Madrid, February 28, 2018. Eurona, the leading operator and provider of Internet, voice and satellite data services, has started the 'Connect by satellite' project that will carry the Internet in a first phase to 2,500 towns throughout Spain, which is almost a third of the 8,000 that make up the Spanish geography. In total, you will be able to connect 500,000 people who today lack a connection to the network or their coverage is slow and limited.

Although it may seem unusual, in Spain 5 million people - which is equivalent to almost 10% of the population - are still 'disconnected'. A situation that can be reversed after the signing of the recent agreement between Eurona and Hispasat, which has made the telecommunications company the operator with the highest satellite capacity in Europe.

At present, the satellite is the only viable technological solution to bring high-speed Internet to all these places forgotten by the 'telecos' where there is no fixed network coverage or this is very deficient. Its global nature or its flexibility to offer coverage in any area, no matter how remote, guarantee the right of all citizens to be connected.

In this way, the satellite offers these municipalities a real alternative to business life and also becomes an ally against the worrying rural depopulation, in a context where the Internet has become a commodity.

This alliance that allows the Internet to be taken to disconnected areas coincides with the announcement made by the Secretary of State for the Information Society and the Digital Agenda of the implementation of the Aid Program to bring satellite Internet of 30 megabytes per second to municipalities of less than 5,000 inhabitants. Aids of 400 euros, which allow citizens, self-employed and businesses in these locations to meet the expenses of the installation and discharging of equipment, and also contribute to meet the Executive's commitment to bring high-speed broadband to 100 % of households by 2020, as defined by the objectives of the European Digital Agenda.
This agreement has materialized in the launch by Eurona of a broadband satellite service offer of 30 Mbps throughout Spain for a price from 39.90 euros per month that can include fixed and mobile telephony.

According to the CEO of Eurona, Fernando Ojeda, "nothing makes sense without Internet. For this reason, satellite technology offers the same connection opportunities as urban environments and not only for private individuals for their leisure time or telework, without going any further, but also for small companies, which have lagged behind due to not having of an efficient connection. "