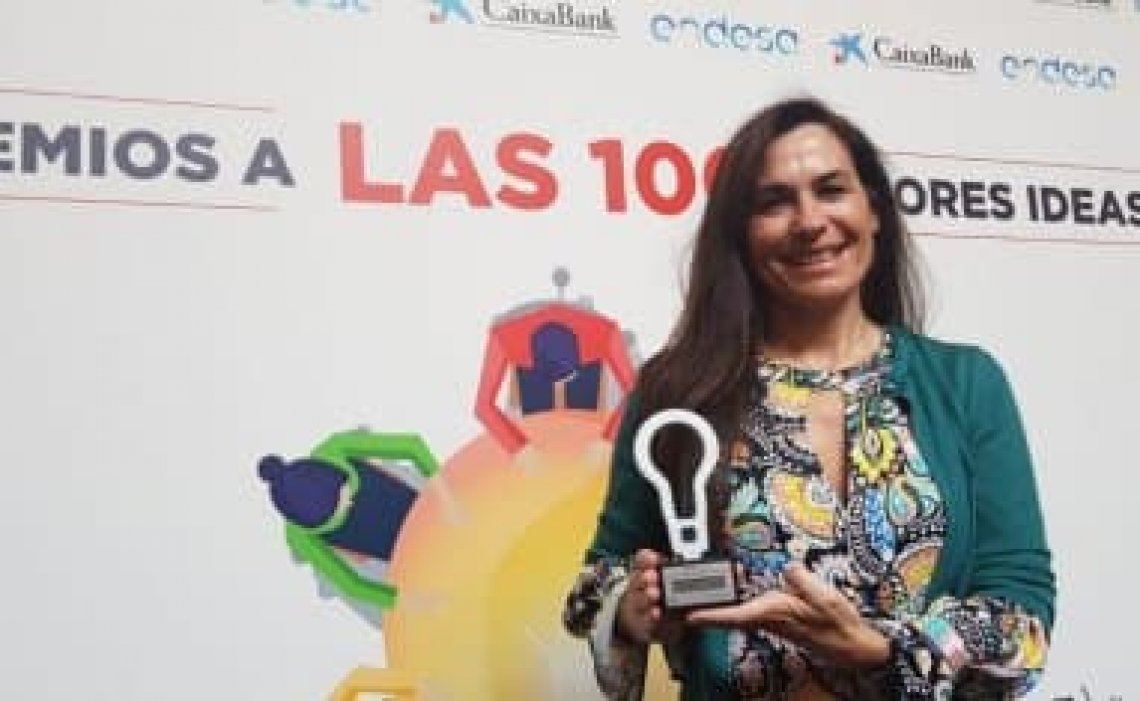 This year the supplement of El Mundo has highlighted the work of the Telemedicine project launched by Eurona in Morocco, within the Health category

Madrid, 8 May 2019. Eurona, the Spanish telecommunications multinational, has been awarded this Wednesday, for the second consecutive year, with the 'Prize for the 100 Best Ideas' awarded by Actualidad Económica, with which the economic information supplement of El Mundo wants to recognize the most disruptive business projects developed in the last year. The director of Communication, Brand and Institutional Relations, Cristina Amor, was responsible for collecting the award.

As it did last year with the satellite Internet solution for rural areas, in this edition Actualidad Económica has recognized in the category of 'Health' the social and humanitarian work of the Telemedicine project launched by Eurona in one of the most vulnerable areas of Morocco.

It is a project born with the aim of universalizing access to a right as basic as it is scarce health, especially in the most disadvantaged regions. Thus, by means of a technological platform that interconnects via satellite a health centre and a mobile unit that travels around the area, medical professionals can diagnose patients from a distance, determining the appropriate treatment or acting quickly in the event of an emergency.

In recent years, although progress has been made in social protection in Morocco, according to recent figures from Ahmed Reda Chami, President of the country's Economic, Social and Environmental Council (EESC), nearly 40% of the population still does not have access to basic health care, especially those living in rural and depopulated areas, who often have to travel hundreds of kilometres to receive health care.

Therefore, in keeping with its philosophy of reaching where others do not, Eurona has launched this initiative in the Eastern region of Morocco, which has also been recognised by other institutions such as ICEX, the public body whose mission is to promote the internationalisation of Spanish companies.
This project is developed within a phased expansion plan, is feasible to be replicated and serve as a model, to extend from the Eastern Region of Morocco to other regions and countries of the African continent. In this way, Eurona reinforces its commitment to make remote medical services possible in these countries, with the positive impact this has on the inhabitants of these areas.