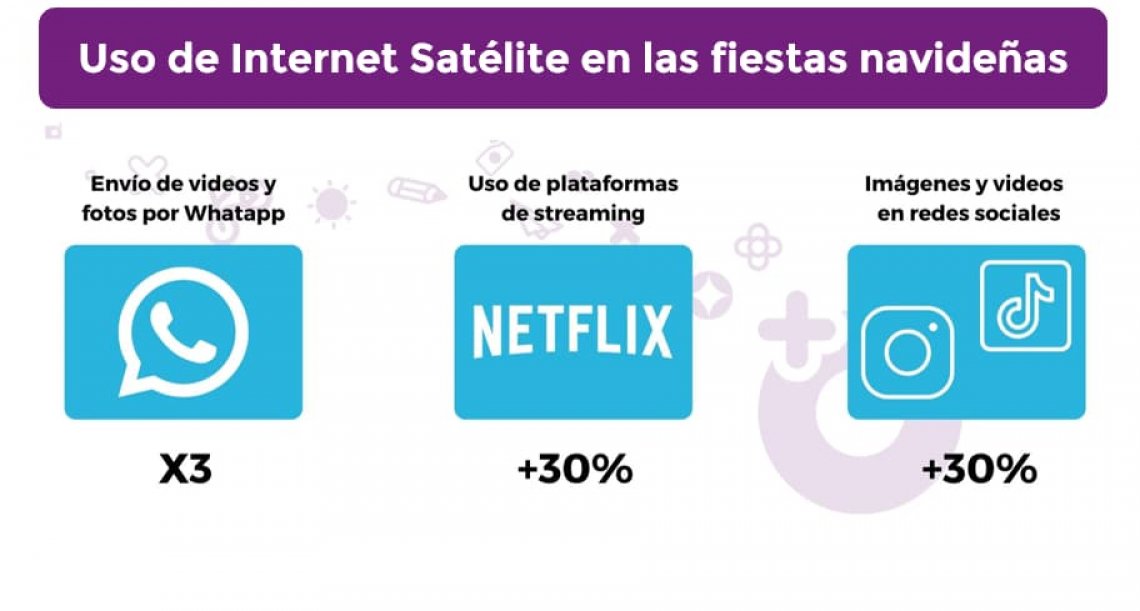 Following the usual trend of a year marked by the mobility restrictions caused by the pandemic, Whatsapp's video calls were the most used resource in rural areas to meet at Christmas (at least virtually) with family and friends, as their use tripled during those days, according to a report by Eurona, a leading company in bringing Internet via satellite to remote and difficult terrain.

The instant messaging application became an indispensable part of the Christmas holidays in rural Spain with significant increases on Christmas Eve and New Year's Eve. Sending photos and videos via Whatsapp increased by a factor of three in the hours leading up to dinner, around 8pm on Christmas Eve, compared to a normal weekend.

Whatsapp also made a big splash by multiplying its traffic fourfold in the early hours of 2021, between 00:00 and 01:00 on January 1. Precisely on the first day of the year, the application and other social networks such as Instagram and Tik-Tok also shared more images and videos, with a 30% increase in use from 23 December, coinciding with the school holidays.

Likewise, the inhabitants and visitors of Empty Spain at Christmas opted to enjoy series and films during their holidays, as streaming content platforms such as Netflix experienced an increase in traffic of up to 30%, reaching maximums on especially home-made days such as 25th and 26th December and 1st and 2nd January.

On the other hand, Internet use remained practically unchanged in rural areas during the weekend when the Filomena snowstorm hit the centre of the peninsula: data traffic increased by less than 10% and only Netflix and Youtube experienced growth in their use of 2% and 0.5% respectively.

According to Fernando Ojeda, CEO of Eurona, "the data on Internet use in rural areas that we collected at the company show us the data consumption trends that are followed at specific times such as this atypical Christmas, where video calls were -as we had hoped- a way of being closer to our families".