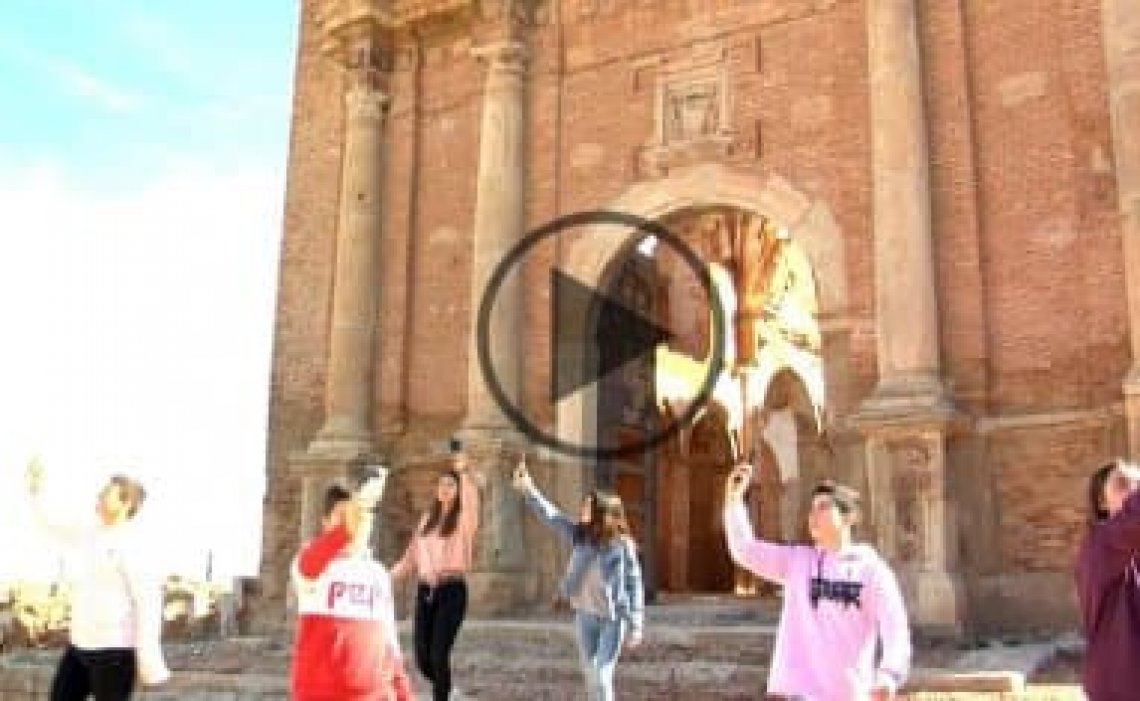 In this way, Eurona is trying to narrow the digital divide and provide a viable and immediate solution for Internet access for the almost 16,000 people who lack coverage in rural or unpopulated areas of Aragon

The towns of Belchite and UnCastillo in Zaragoza already enjoy free "Wifi en Tu Pueblo" in their public spaces after participating in the #InternetdePelícula competition promoted by the multinational telecommunications company Eurona.

Specifically, Belchite, which won the first prize in the competition thanks to the short film 'Matarile-rile-rile', will have broadband Internet for the first time and it does so at a strategic time given the exceptional situation caused by the health crisis that has turned rural destinations like this one into a tourist epicentre this summer.

Thus, the installation of Internet via satellite in the local tourist office will offer for six months a quality connection to residents and visitors to the village to enjoy their leisure time, attend classes online or even make it possible to telework in a place where until now was unthinkable. It will also serve the local administration to speed up bureaucratic procedures or give more visibility to your municipality as a holiday destination.

An extra entertainment for the youngest of Uncastillo

For their part, the youngest members of Uncastillo can also connect their leisure moments after Eurona has deployed its satellite WiFi network in the municipal park, which will allow them, among other things, to increase their entertainment options in this exceptional situation where other forms of leisure with more physical contact will be more limited.

The company, which valued the municipality's willingness to participate in the first edition of the contest despite the fact that the COVID prevented the recording of the last scenes, has thus connected during the summer months - dates in which the town even triples its population - one of the main meeting points of the youngest.

With initiatives such as this, thanks to satellite technology, Eurona provides a viable and immediate solution for Internet access for the nearly 3.2 million Spaniards - almost 16,000 of them in Aragon - who lack coverage, especially in rural areas, depopulated or with difficult terrain, thus contributing to narrowing the digital divide and becoming an ally against the problem of depopulation of these territories.

According to Fernando Ojeda, CEO of Eurona, "the #InternetDePelícula competition, which was born with the aim of becoming an ally against depopulation in Spain, has taken on even more interest during the health crisis given the importance that telecommunications have acquired as a basic necessity to guarantee teleworking, distance education, telemedicine, entertainment and even tourism in rural areas".