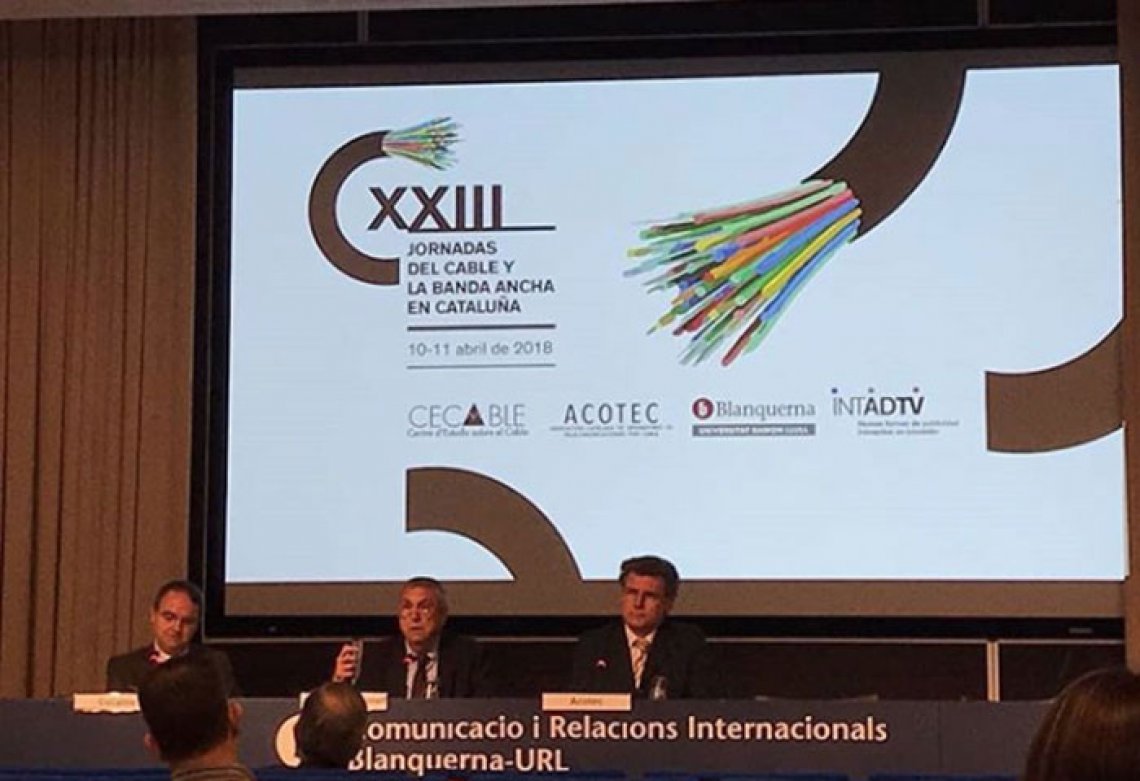 The satellite covers areas to which no other technology arrives with a high speed, at an affordable price and with 100% coverage

Barcelona, ​​April 11, 2018. Eurona, the Spanish telecommunications multinational that provides broadband access services and carries high-speed Internet where other operators do not arrive, has championed broadband satellite solutions at the XXIII Cable Conference and the Broadband of Catalonia, organized by the Center for Studies on Cable (CECABLE), Blanquerna-Ramon Llull University and Acotec (Catalan Association of Cable Operators).

Precisely, Eurona, the operator with the highest satellite capacity and the only approved to access public subsidies of 400 euros to access broadband Internet in municipalities with less than 5,000 inhabitants, has demonstrated satellite technology as a strategic part of its business because it has proven to be able to cover areas to which no other technology arrives with a high speed, at an affordable price and with 100% coverage in the peninsula, the Canary Islands, the Balearic Islands, Ceuta, Melilla and even Morocco.

As proof of the full capabilities of this technology, the company has presented its 'rural Internet' project that will bring satellite broadband Internet in a first phase to 2,500 towns throughout Spain that currently lack an efficient connection.

In addition, the universal nature of the satellite also makes it possible to offer services in mobility and to provide coverage even to the maritime sector, where it has come to revolutionize the telecommunications of such important shipping companies as Balearia or Armas.

These conferences, held between 10 and 11 April at the Ramón Llull University in Barcelona, ​​brought together the biggest players in the sector and represent a reference in the world of technology and telecommunications. In addition, it is an interuniversity event of great importance for the transfer of knowledge between universities and companies.