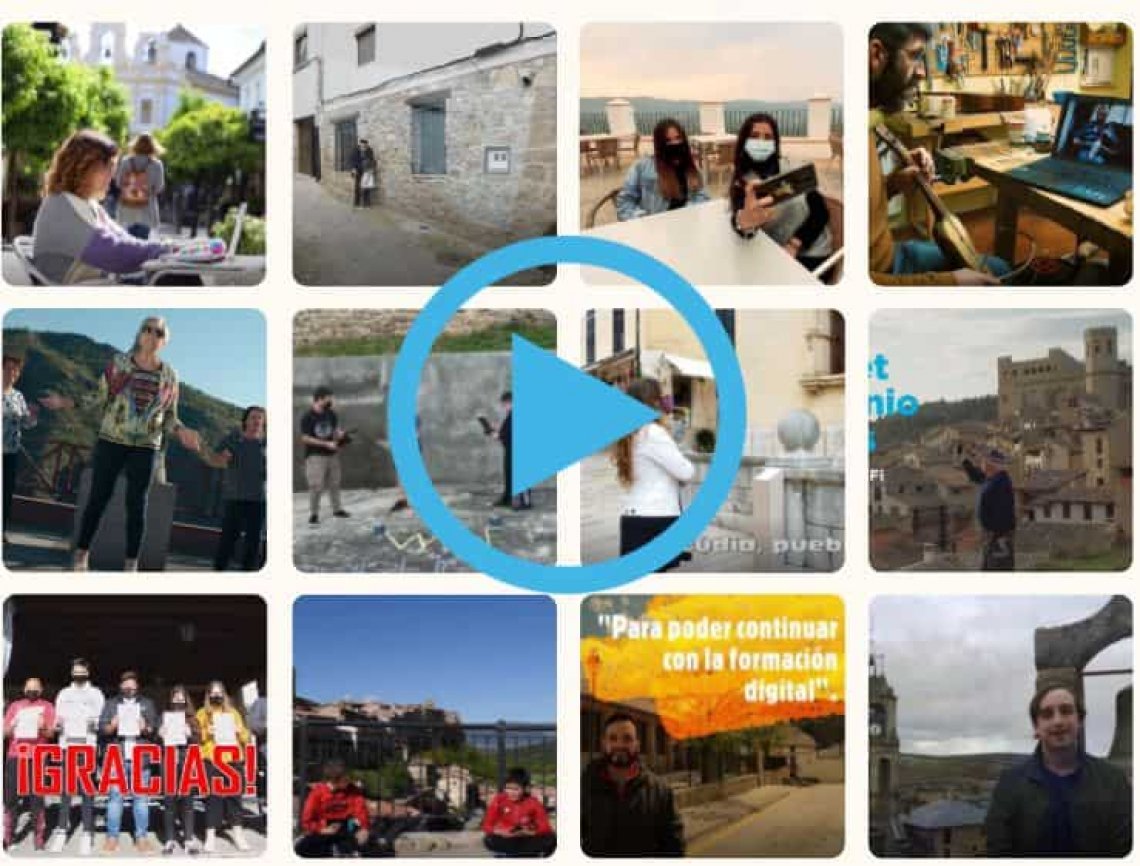 Eurona has announced the finalists of the 'Internet Heritage for All' contest on the occasion of World Internet Day, which is celebrated this Monday

Tejeda in the Canary Islands, Grazalema in Cadiz, Rubielos de Mora in Teruel or Llastres in Asturias are some of the candidates to enjoy a year of free satellite broadband connection in their public spaces

The villages that make up the 'Association of the Most Beautiful Villages of Spain' have deployed all their creativity to recreate on video how the arrival of a broadband connection in their towns will help to change their lives. The villagers have appealed to emotionality and the most jocular and festive tone to claim the need for an adequate Internet connection in the framework of the 'Internet Patrimonio de Todos' contest organised by the multinational telecommunications company Eurona.

The company, which seeks to end the digital divide that still isolates and hinders the economic and social development of many municipalities in Empty Spain, has announced, on the occasion of World Internet Day to be held next Monday, the 14 finalist videos of this contest that will bring high-speed Internet via satellite free of charge to two of these municipalities for a year.

Grazalema, in Cádiz;  Lucainena de las Torres, in Almería;  Zahara, in Cádiz;  Zuheros, in Córdoba; Rubielos de Mora and Valderrobres, in Teruel; Bulnes and Llastres, in Asturias; Frías in Burgos; Puebla de Sanabria, in Zamora;  San Martín de Trevejo, in Cáceres; Alcúdia, in Mallorca;  Tejeda, in Gran Canaria; y Viniegra de Arriba, in La Rioja are the candidates to turn their pretty village into a 'requetebonito' place with the arrival of the Internet.

Through these short videos, the neighbours have become the protagonists of their own story and have relived everyday scenes caused by the lack of connectivity, such as the distance from their loved ones in the middle of a pandemic, and have shown how connectivity would open up new opportunities for entrepreneurship or teleworking, as well as offering greater visibility to their emblematic environment.

The jury, made up of institutional representatives, directors and journalists committed to the rural environment and the fight against the demographic challenge, will assess the originality, argumentation and scope of these proposals in the coming weeks to determine the winners of the competition, who will be announced on 4 June. From then on, the two most beautiful villages in Spain will be able to start enjoying their broadband connection in the agreed public spaces.

A viable and immediate connection for rural environments

With initiatives like this, Eurona - the first operator to bring 100 Mbps satellite Internet to the whole territory - is ahead of the objectives of the Digital Spain 2025 agenda, offering ultra-fast Internet in a viable and immediate way to the whole territory. And it does so via satellite, a technology that already matches the speed of fibre optics in rural areas, without the need for cabling or the deployment of large infrastructures.

According to Fernando Ojeda, "the testimony of the residents of these villages should make us reflect on the importance of the arrival of the Internet throughout the territory, making it truly everyone's heritage, a universal right, regardless of the number of inhabitants living in each municipality and their age".