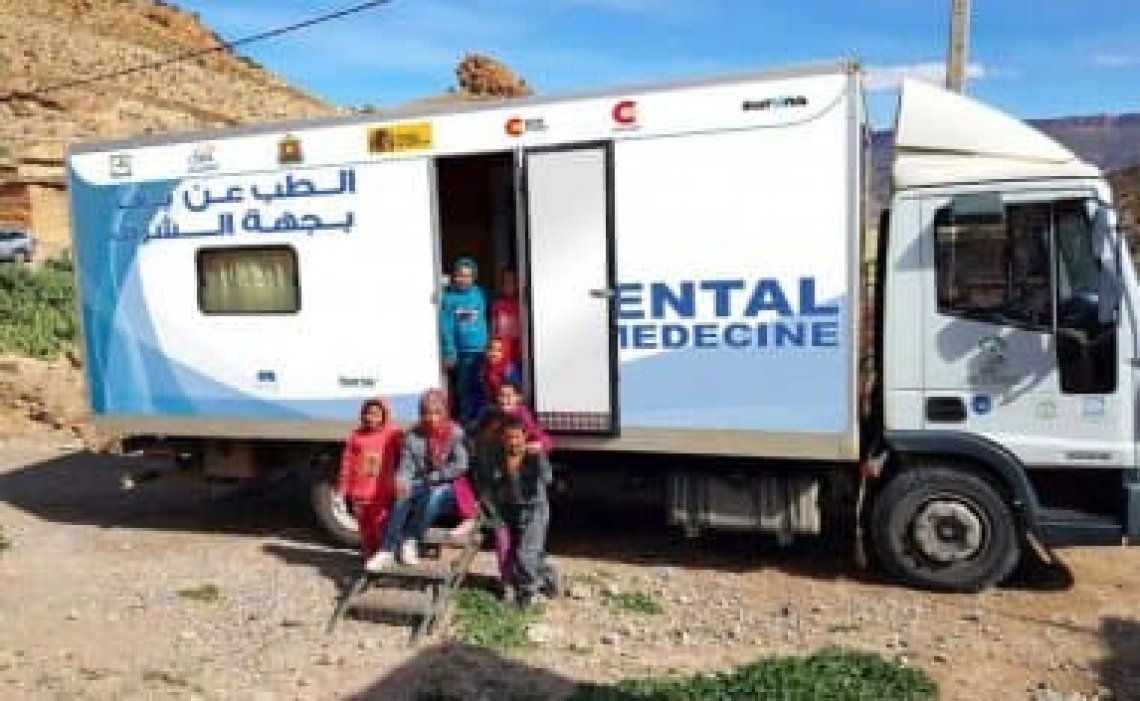 Madrid, October 2, 2018. Eurona, the Spanish telecommunications multinational, with its satellite subsidiary Quantis, has strengthened its presence in Africa by betting on a new business area in remote medical services (telemedicine) in Morocco. In this way, Eurona delves into its policy of universalizing access to the Internet and promoting progress and development of the African continent, where it is already present, bringing the connection to schools in Morocco and Benin.

The project, which is developed within a phased expansion plan, seeks to extend telemedicine from the eastern region of Morocco - especially vulnerable due to its marked rural character - to the rest of the provinces of the Alawi Kingdom, as well as to other countries on the African continent. In this way, Eurona becomes a pioneer company taking telemedicine via satellite to the country. All this will result in an economic benefit for the company in the short and medium term, but also in an immediate positive impact in the region.

This initiative, officially named 'Telemedicine in the Eastern Region', has, in this first phase, the financing of the Spanish Agency for International Development Cooperation (AECID) within its program of innovation for development to improve the quality of national health services. In addition, it has been executed with the support of the Ministry of Health of Morocco, the Andalusian Public Health Technology Park Foundation of Granada; and its Moroccan subsidiary CINECOM / Nortis Maroc.

The Eurona telemedicine program is based on a technological platform that interconnects a reference center with two remote centers, in this case a rural health center and a mobile unit. In this way, and thanks to the information and communication technologies (ICT) applied to health, Moroccan medical professionals will be able to maintain a direct and visual communication path for the diagnosis of patients, determining the appropriate treatment or acting quickly in case of urgency through tele-consultation modalities, tele-surveillance, tele-expertise or tele-assistance.

In a complementary manner, the company has also sought to transcend the technological area to reach the most human, providing medical equipment and training professionals in the health field who will be at the forefront of these remote consultations in such vital specialties as cardiology and pulmonology, as well as in ophthalmology, otorhinolaryngology or dermatology, in addition to the ultrasound service.

Precisely, this project was presented this Tuesday at the University Hospital Center of Oujda in a formal ceremony that was attended by the representatives of Eurona, the Andalusian Public Health Technology Park Foundation, Nortis Maroc, the AECID and authorities from the Economic and Commercial Office of Spain in Morocco, the consulate of Spain in Nador or the Women for Africa Association, among others.