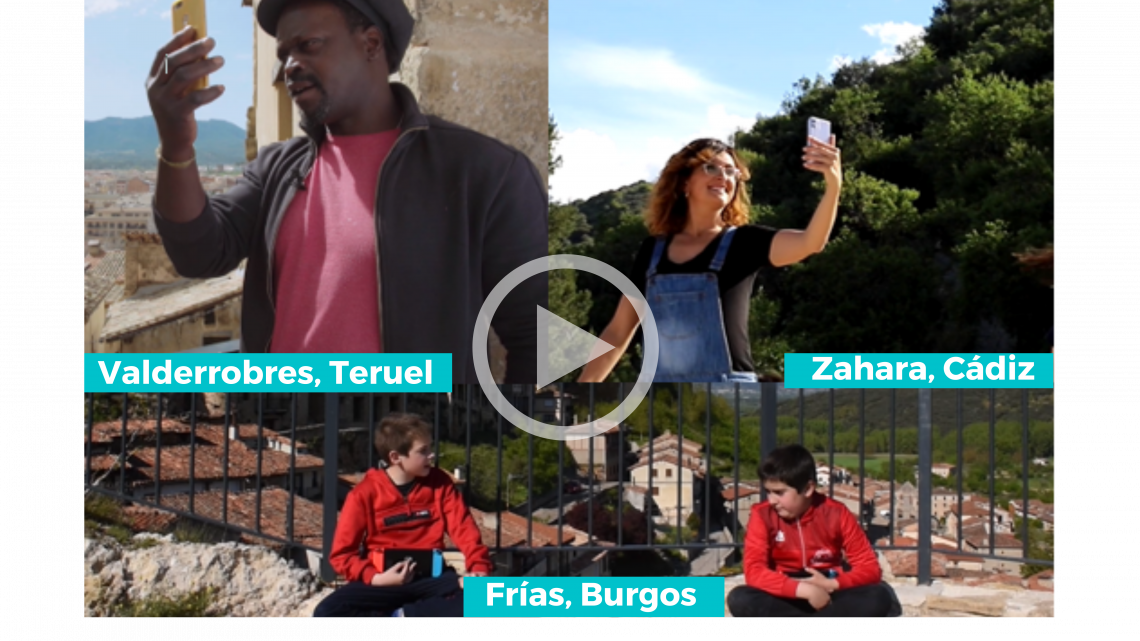 The quality and creativity of the proposals has led Eurona to award three municipalities, instead of the two initially planned, with ultra-fast connection in their public spaces

Valderrobres in Teruel, Zahara in Cádiz and Frías in Burgos are the 'requetebonitos' villages that will enjoy a year of Internet in their public spaces after winning the #InternetPatrimonioDeTodos competition promoted by the telecommunications multinational Eurona and the Asociación Los pueblos más bonitos de España.

The three municipalities that belong to the Association deployed all their creativity to recreate on video how the arrival of a satellite broadband connection in their towns would help to change their lives. Specifically, in Valderrobres, residents of all ages became the protagonists and reproduced in a lighthearted and fun tone, from the most emblematic points of the municipality, what they would do if ultrafast broadband were to arrive in their locality with cases as everyday as sending a whatsapp or making a videoconference.

For its part, Zahara de la Sierra, in Cádiz, appealed to emotionality to win the contest and relived one of the stories that have been repeated so often since the pandemic began: the possibility of returning to the villages given the possibilities of teleworking that the Internet brings with it.

Similarly, Frías, in Burgos, relied on the interpretation of two of its youngest neighbours to dramatise the most common problems associated with the lack of coverage. The impossibility of receiving messages, studying at a distance, playing videogames and even paying with a credit card are some of the situations that are experienced on a daily basis in this town.

In the coming weeks, technical work will begin to make ultra-fast Internet connection a reality in these 'super-pretty' villages, where technologies such as fibre have not yet arrived, but where satellite has become a viable and immediate solution to guarantee quality coverage and speed.

With this type of initiative and taking into account that currently, nearly 3 million people -almost 6% of the population- still do not have access to a quality Internet connection, a problem that mainly affects rural areas, Eurona defends the need for the Internet, a "universal right" recognised by the United Nations, to truly become everyone's heritage, regardless of the number of inhabitants living in each municipality and their age.

According to Fernando Ojeda, CEO of Eurona, "the arrival of high-speed Internet is a stimulus that helps to revive the economy and the repopulation of these municipalities. It is a legacy to boost all activities linked to rural tourism (accommodation, gastronomy, active leisure...), to promote the creation of a new industrial fabric linked to e-commerce, to encourage teleworking or to enable distance learning, among other options".